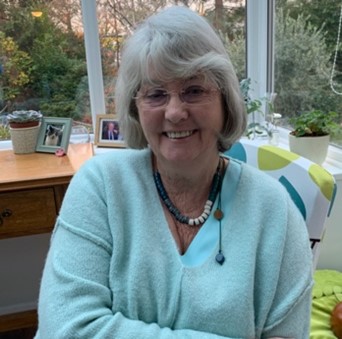 Former, and first Director of Education: Past SAIF  National president: Honorary Life member of both the BIFD and the Society of Bereavement Practitioners.

I began Nurse training in the mid 1960's and after qualifying worked in an A & E department. later working as a clinical tutor for pre-nursing students, designing and delivering the new NVQ training

In the early 80's my husband, Jim, became disenchanted with the Funeral firm he was working for and we decided to start our own business, Abbey Funerals Ltd in Tonbridge, Kent. I managed our family firm for almost 40 years and retired as MD in August 2019 handing the role to my eldest daughter.

I became involved as a co-founder of the IFD College in 1995 and Governor & Director of Education in 2002. I believe passionately in the need for good vocational training. No job remains the same over time; we all need to keep on learning as things change, improving our knowledge and learning new skills. If we don't, we stagnate and we become an impediment to our profession, our staff, our clients and ourselves.

I joined my father and uncle in the family firm of H Peasgood & Son, as the sixth generation, on leaving school in 1979. I had already experienced the funeral profession as I had assisted as a bearer and had fitted out coffins during the school holidays.

At that time we traded from an old joinery shop built by my great-grandfather in the early twenties from second hand materials. These premises were more geared up for carpentry and building which we had at one time been heavily involved in rather than funeral work.

My uncle retired from the business in 1988 and from that time I became more involved with making the funeral arrangements, conducting and the administration side. I knew that the business could not continue to operate as it had in the past and that our present location was far from ideal, so with that in mind, we started looking for more suitable premises. It took us until 1993 to locate and modify a suitable building into the funeral home that we now operate from, which was opened in the spring of 1993 by Clive Leverton the then President of SAIF.

The following year my father retired and we decided that the best option for us was to join up with another local family firm and so in 1994 we sold to Daniel Robinson & Sons.

I continued as a senior manager with Daniel Robinson & Sons having responsibility for the Saffron Walden office, but also helping to look after the Dunmow office, and once Daniel Robinson's had acquired W. C. Brown in Braintree that office as well. During this time I trained, studied and ultimately passed my BIE. exams. I also started to become more involved with the training needs within our company and put into place manuals and procedures for our staff.

In 2002 I decided that I wanted to change direction slightly and allow myself some flexibility with work and Daniel Robinson & Sons allowed me to act as a consultant for them primarily to look after our staff training, health and safety and our vehicle fleet. I am also still available to 'arrange and conduct funerals for the Saffron Walden families that request my presence. This new arrangement gave me more time to devote to my family and to assist my wife with administration of her successful private physiotherapy practice.

At this time SAIF were looking to start the quality control visits on a part-time trial basis and I was happy to be able to assist in the start of this programme, which has now become a full-time post. I was also available to spend more time with the IFD College as a trainer and assessor and I was pleased to be asked to be a governor of the college this year.

After what could be termed a chequered career history, the arrival of my three children and the first of my five grandchildren, I fulfilled my ambition to work in the funeral industry and I have never looked back.  From day one I knew I wanted to remain in the independent sector and become a funeral director. I was fortunate in being encouraged to start working towards my diploma quite early on.

In 2008 I first became involved with the IFD College and now enjoy offering training, assessing students' work and working as an internal verifier.  Being asked to join the board of governors in 2018 meant I could become even more involved in education in the funeral sector.  This all works very well alongside the quality assurance work I do inspecting funeral premises for SAIF.

Terry Tennens is thrilled to serve as a Governor of the IFD College.  Terry is Chief Executive of SAIF (Independent Funeral Directors Association) and is keen to see funeral firms develop a growth mindset across the staff team from managers to juniors.  He has a keen interest in leadership studies and serves as a Trustee of Medaille Trust, the largest safe house network in the UK and Europe for victims of human trafficking. 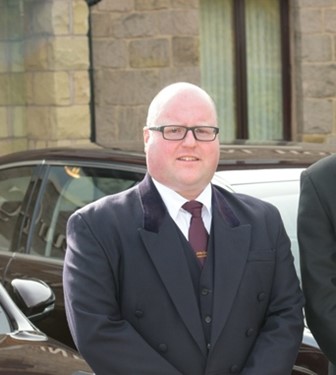 At the age of 15, when my grandfather suddenly took ill, I had to help my father with bringing a client into our care. I helped out in the family business throughout the remainder of my education and University years and then joined full time in 1995. I have been greatly encouraged to embrace education and have qualified as an embalmer with the BIE, a diploma holder with the NAFD and a licenced member of the BIFD. I have been very involved in many of the trade bodies at local and national level, including being National President of the BIFD. I feel education and professional qualifications are essential in our profession, at every level, and I have am very privileged to be a member of the IFD College Board of Governors.